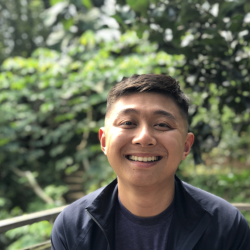 Since Retool launched two years ago on HN, tens of thousands of companies have come to rely on Retool. It's how Allbirds measures the efficacy of their marketing campaigns; how Brex builds applications to underwrite, onboard, and support their businesses; how Amazon manages GDPR exports for some of their customers; and how NBC manages scheduling for the Olympics.

That said, we’re still quite early in our journey, and the business has grown substantially faster than the company itself (our entire team currently fits on one Zoom screen!). We’re still very far away from our goal of changing the way developers build software.


Over the past few decades, software’s impact has been enormous: it’s transformed industries, it’s eaten the world, and it's provided incredible advantages for those who adopt it. But despite the enormous economic productivity gains from software [1], there has been surprisingly little innovation in how we build software, and very few increases in software development productivity. Remarkably, building software today isn't that different from building software twenty years ago.

If you, as a software engineer, were trying to build a simple app on top of a MySQL database two decades ago, it’d probably have taken a few hours and a decent chunk of code with Java Swing. 10 years ago, the same few hours and a comparable amount of code, but with jQuery on the frontend and PHP on the backend. Today, again, probably a few hours, and a similar amount of code, but this time with React and Node. As Sam Altman notes, “the frameworks are better, the languages a bit more clever, but mostly we’re doing the same things.”

Retool is a dramatically different way for engineers to build software. Instead of writing code from scratch, you use our drag and drop interface to lay out your application's frontend, but then use code to customize the data-fetching and logic from your backend. We don't store any of the data — we connect to any database (e.g. postgres, mySQL, etc.) or any API (e.g. your homegrown graphQL API that requires cookie-based auth, Stripe's API, etc.).

Retool is specifically built for engineers. When you're buliding an internal application, most of the UI components do the same things: you just want a stellar table (that supports sorting, filtering, pagination, etc.), as well as a button that automatically shows a loading indicator when it's making a POST request (oh, and be disabled while the POST is running, show an error message when the POST fails, etc.).

But what's really custom to your application is what data it brings in, how it handles the data, and what data it writes back. These are the bespoke parts of your tools, and so we enable you to write custom SQL queries (to read data from wherever it's stored), JS (to manipulate the data), and custom API requests (to write data to wherever your backend is).

This way, engineers get both the benefits of a drag-and-drop system (i.e. get to 70% very quickly) and the customizability and flexiblity of code (i.e. build out the last 30% with a language you're familiar with).


Our goal is to change how software is built, and we’re starting with internal software.

Because most companies (including some of our customers such as NBC, Warner Brothers, and Anheuser-Busch) aren't fundamentally software companies that sell software, a surprisingly small amount of development goes towards external software. A large chunk of software built is actually purely internal-facing — Gartner estimates that up to half of all code is written for internal usage, and Forrester estimates that $120B / year is spent on custom, internal software. All companies (including those mentioned above) have an enormous amount of internal software, just so the sales, marketing, support, operations, legal, and finance teams can continue operating.

When we first started, our goal was to make building this large class of software easier and faster. But as more companies adopted Retool, we noticed they not only built software faster, they also developed a lot more of it. And because Retool was a higher-level way of building the software, the apps people built were also of higher quality, more robust, and far less brittle than before. Better internal software also allows organizations to up the clockspeed and accuracy of their operations, since teams no longer struggle with brittle spreadsheets riddled with errors.

Great internal tools are the bedrock of any great company. Retool enables us to move extremely quickly: every time somebody says “I wish I had a tool for that”, we built a Retool for it in hours. As customers, Retool has dramatically increased Brex’s operational clockspeed, enabling us to launch new product lines faster and serve our customers better than ever before.


With the customer traction we've seen so far, we're delighted to announce that Retool has raised a $50M Series B, led by Sequoia. Other participants in the round include the founders of Github, Gusto, PagerDuty, Plaid, Segment, Stripe, and Y Combinator. We’re very proud of the incredible set of investors we’ve assembled, and we’re excited to be working together with them.

While we’re proud of how far we’ve come with such a small team (again, just one Zoom screen!), less than .001% of all software today is built in Retool. We want to fundamentally change how software is built, and we’d love your help.

The story behind how Andrew Mason (CEO and Founder of Descript) lifted the load off engineering teams building internal tools by moving to Retool.

The story behind how Adam Louie (Senior Director of Business Operations at LeadGenius) built 3 internal applications that ended up saving LeadGenius $1M.